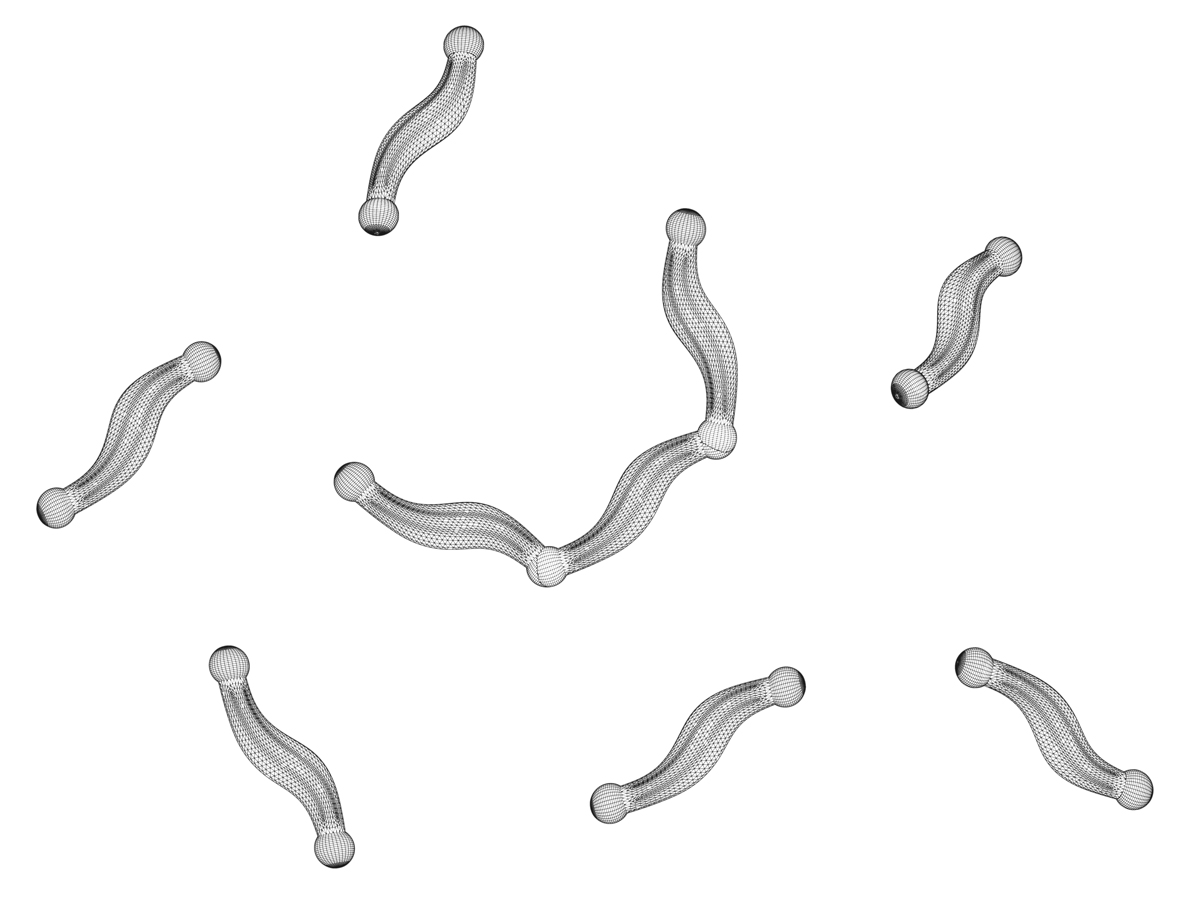 The Primitiva project explores archetypal themes in a collection of talismans produced with the technology of 3D printing and cast in bronze by Kalevala Koru. The word talisman comes from the Arabic word talsam through the Greek word teleō, which means “I complete, perform a rite”. Through exploration of systems and patterns, Ólína has identified a set of primordial symbols and turned them into tangible realities that can be worn on the body. The Primitiva-Talismans can serve to deepen our sense of self as wearable ‘objects of awareness’.

The Primitiva project is elaborated through parametric software programmes based on self-replicating patterns found in nature and inspired by the mathematical beauty of biological forms. The name, Primitiva refers to “the primitive, the rudimentary”, primary and basic. Its shape is inspired by the serpentine curve that William Hogarth described as the ‘line of beauty’ in his tract on aesthetics, The Analysis of Beauty, in 1753.

The Primitiva-Talismans – A New Language to Live By

Just as the unconscious world is structured like a language, the Primitiva-Talismans have been organised into a taxonomy of archetypes, dividing them into four ‘Kingdoms’, each overseen by a single ‘Guardian’ figure, and consisting of families of similar tropes.

Primitiva-Talismans are the outcome of imagination applied to fundamental existential questions expressed through digital technology. The Primitiva forms are the physical embodiment of traits we either recognise in ourselves and need to bring to the surface, or that we aspire to develop.